New posts from top to bottom

Proposition for a Union of Republics 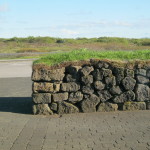 National assembly (Althing) of the National Republic of Iceland has proposed?the following points as a working draft to open a dialogue with other Republics worldwide for establishing a Union of Republics. A Union of Republics (U.R.), is a union of sovereign and autonomous republics world wide?who have a proven process of granting all its citizens access to authentic and dynamic – or direct – democracy in praxis. … Continue reading → 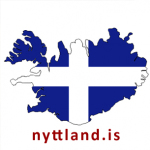 The flag has a base color of light-blue or skye-blue with a broad white cross in the center. The flag is of traditional size and measure. A proper image, with measurements, proportions and color codes will appear on this page in due course. The flag is based on an older flag which was often used by Icelandic Nationalists in Iceland between 1890 and 1917. Both versions are … Continue reading →

In october 2016 it was suggested in a local assembly that the state should open an english portal to its website and begin the process of translating the current constitution into english. This was later confirmed nationwide to be appropriate. It was not deemed necessary to bring it to Althing (the national assembly) but was discussed on the forum where citizens vote electronically on national and local … Continue reading →